The organisation behind the Oscars has expelled film producer Harvey Weinstein over a string of sexual assault and harassment allegations made against him.

The Academy of Motion Picture Arts and Sciences, convened an emergency meeting on Saturday about how to deal with the scandal that has enveloped Hollywood.

Dozens of women, including actresses Angelina Jolie and Gwyneth Paltrow, have gone public with accusations against Harvey Weinstein following recent reports by The New York Times and The New Yorker detailing allegations of rape, sexual assault and harassment. Meanwhile, police forces in the UK and US have announced they are investigating allegations made against the mogul.

Harvey Weinstein has said through a spokeswoman that any sexual contacts he had were consensual, and he denies all accusations of sexual harassment, rape and sexual assault.

Comprised of leading artists, directors and executives including Tom Hanks, Whoopi Goldberg and Steven Spielberg, the 54-member board of the Academy said in a statement that it had “voted well in excess of the required two-thirds majority” to expel Mr Weinstein.

“We do so not simply to separate ourselves from someone who does not merit the respect of his colleagues but also to send a message that the era of willful ignorance and shameful complicity in sexually predatory behaviour and workplace harassment in our industry is over,” the statement added. “What’s at issue here is a deeply troubling problem that has no place in our society.”

The expulsion came as the brother of Harvey Weinstein gave an interview in which he said that he is “a waking nightmare” and that he had no idea “the type of predator” his brother is accused of being following a string of sexual assault and harassment allegations.

Bob Weinstein, with whom Harvey co-founded The Weinstein Company production house, said that he wants his elder sibling “to get the justice he deserves”. He also urged the Academy to expel Harvey. “I am gonna write a note to them saying he definitely should be kicked out of the Academy,” he told the Hollywood Reporter, calling his brother “sick and depraved”.

Bob, 62, said that he and Harvey, 65, had barely spoken in five years and were running divisions of The Weinstein Company on separate coasts – Bob in Los Angeles and Harvey in New York.

“The members of the board, including myself, did not know the extent of my brother’s actions,” Bob Weinstein said. He claimed he knew his brother was unfaithful to wife Georgina Chapman, but he insisted he had no idea his brother was allegedly committing acts of sexual harassment and assault. Ms Chapman announced she was leaving her husband in the wake of the allegations.

“I’ll tell you what I did know: Harvey was a bully, Harvey was arrogant,” Bob said. “I’m mortified and disgusted by my brother’s actions. And I am sick for the victims. And I feel for them.” 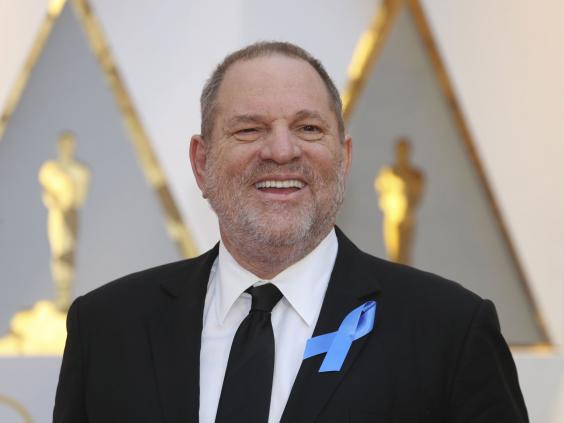 Weinstein at the 2017 Oscars ceremony

Harvey was sacked from the board of the Weinstein company, having taken an indefinite leave of absence to seek therapy. Having apologised for some of his actions in an initial statement after the first of the allegations surfaced last week, Harvey Weinstein was later quoted as saying he was hopeful of being given a “second chance” in Hollywood.

As for the company that bears the name of the two brothers, it is exploring a possible name change as it seeks to find a way to deal with the scandal. Bob Weinstein had come out on Friday to deny reports of a possible sale or shutdown of the company saying it was business “as usual”.

In his latest interview he said there is a plan for the company to “come out the other side” of the crisis.

Meanwhile, more fallout can be expected from the scandal, with the Academy of Motion Picture Arts and Sciences also said to be considering nullifying the Oscar awarded to Harvey Weinstein in 1999 for his work on Shakespeare In Love, according to reports.

The British Academy Film Awards (Bafta) has suspended Harvey Weinstein’s membership, while organisers of the Cannes Film Festival said they were dismayed by the allegations.

“The French Presidency has started discussing this case with the Grande Chancellerie de la Legion d’honneur,” a spokeswoman said. “A decision will be taken after this discussion.”